The club donates funds to support the following:

Reading, behavior, and other programs at three local elementary schools

Programs at middle and intermediate schools

The cash prize winners will be selected at 5pm on the last day of the 40th Annual Seaside Boat Show, February 19th. You do not need to be present to win. Winners will be notified on February 20th and the names will be placed on this website. Please contact George Solyak at (717) 723-6507 if you would like to purchase tickets in advance of the Seaside Boat Show. Tickets will be on sale during the show on the 2nd floor of the Convention Center.

In 2001 the Optimist Club Foundation established an Endowment account with the Community Foundation of the Eastern Shore. Funds are raised for the award of scholarships to Stephen Decatur High School. Over $95,000 has been raised through the annual Golf tournament in the past 13 years.

The 2023 Tournament will be held on Wednesday, August 30th at the Ocean City Golf Club. An updated application form will be posted shortly. If you have interest in attending with event please contact Charles Smith at (410) 641-6746, or Christopher Short at (401) 703-3999.

Please see our Galley to print the Registration Application.

Optimist members provide ticket takers and ushers for the Performing Arts Center at the convention center. Each hour worked is credited to the rent for the boat show. Over $30,000 has been realized in rent reduction to support the major club fund raiser.

The Ocean Pines Children’s Theater is grateful to the Ocean City/Berlin Optimist Club for their donation in support of the production of Disney’s Frozen JR musical performed on Friday, January 14 and Saturday, January 15. The cast of 16 youth kept the audience of 805 adults and children spellbound during the two performances​. 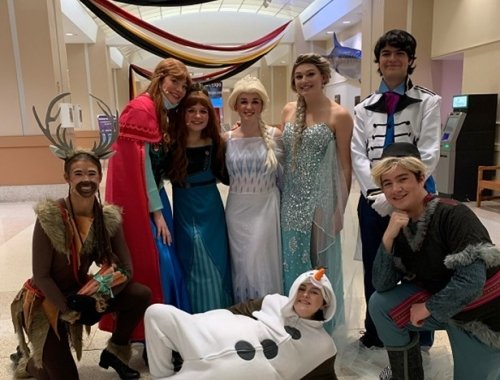 The Ocean City Berlin Optimist Club participated in the Berlin Christmas parade this December. Pictured are members of the Snow Hill Marching Band with the Clubs float. The Float displays the Pontoon Boat that will be gifted during the 40th Annual Seaside Boat Show this February.

At the parade last night - 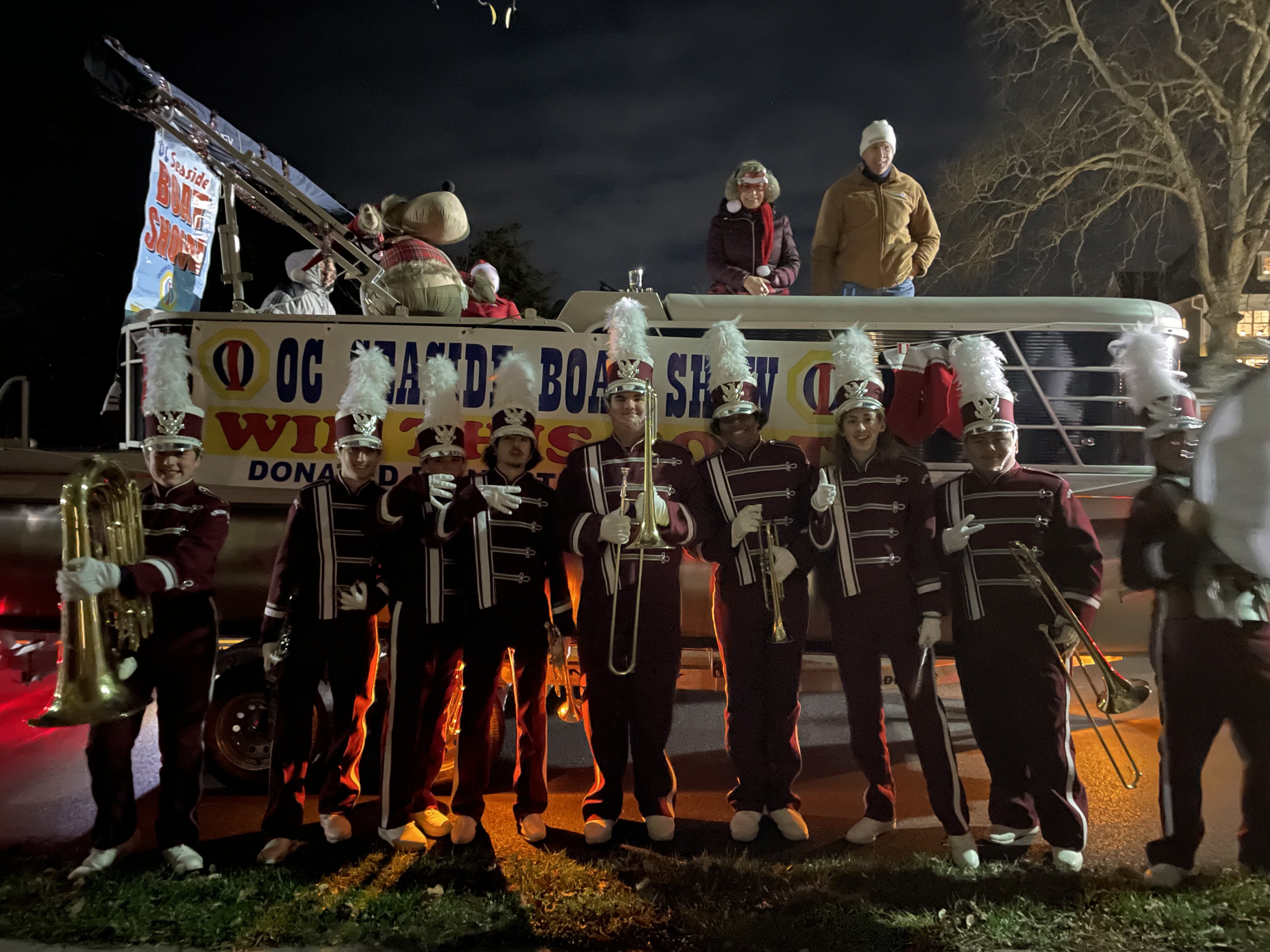